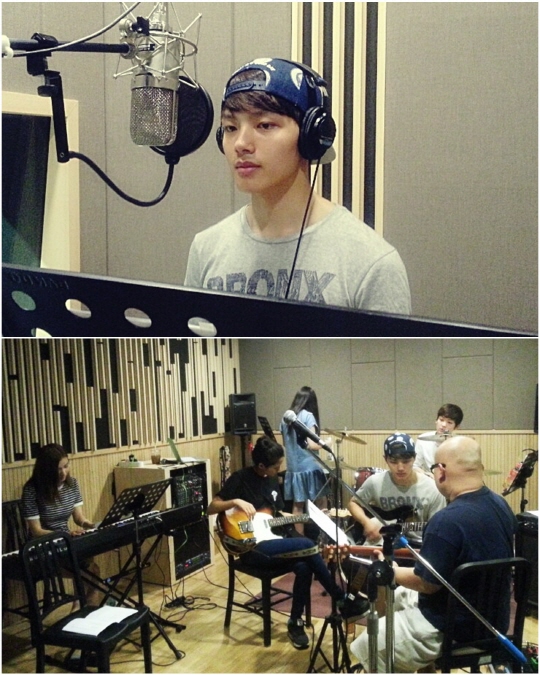 According to the officials, Yeo Jin Goo will be singing the last OST for 'Orange Marmalade' as the drama is coming to an end. Some photos of the actor in the recording studio and practice room with a band at FNC Entertainment, attracting much attention.