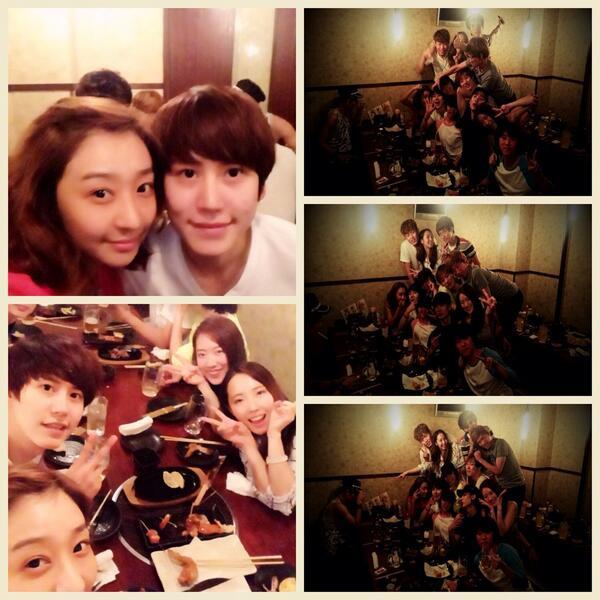 Super Junior's Kyuhyun updated his twitter account with a photo with his co-actors from the musical “The Three Musketeers” where he played as the male lead, D'Artagnan, since 2010.
He wrote in Japanese, "We are group of actors from The Three Musketeers musical ... cheers for good work. 'm - I'm a country bumpkin!"

In the photos, we can see that they really had fun while they were eating. However, you have to squint to see where is Kyuhyun.