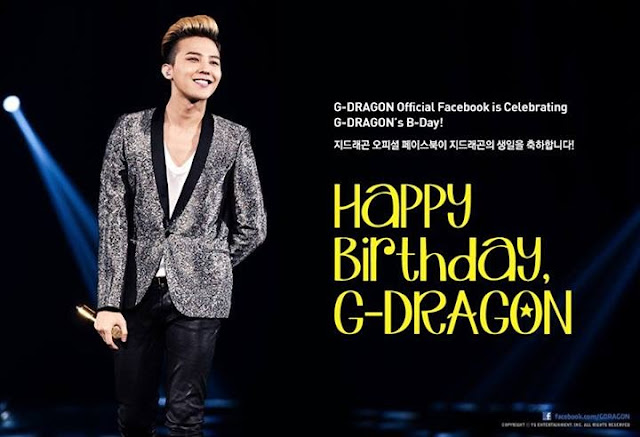 Big Bang's G-Dragon is celebrating his 25th birthday (26th in Korean) with a cause.
G-Dragon donated a generous 81800000 won (~$73,000 USD) which symbolizes his birthday (8/18). The Seungil Hope Foundation is the beneficiary of the big amount and it will be for the establishment of a rehabilitation hospital for Lou Gehrig's disease.
Meanwhile, G-Dragon will be holding the encore concert of his solo world tour 'One of a Kind: The Final' on August 31 and September 1 in Korea. He also revealed a teaser video for his upcoming 2nd solo album.
written by: loveluytakyo@dkpopnews.net
SOURCE: bigbangupdates
Tags: Big bang's g-dragon, One of a kind: the final, Seungil hope foundation
Share
Previous articleNext article