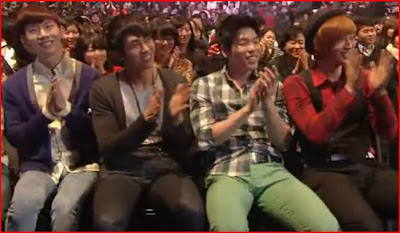 On February 14th's episode of Gag Concert 2AM appeared as guests and just like usual any celebrity guest on the show will be a victim of the harsh comedian Wang Biho. I must admit sometimes he could be funny, but most of the times he’s just too harsh. Or is it just me? I'm glad that the celebs don’t take it too seriously. But what do you think? Check out what Wang Biho had to say this time with English subs and you judge it. I think this time he isn't as harsh as usual.