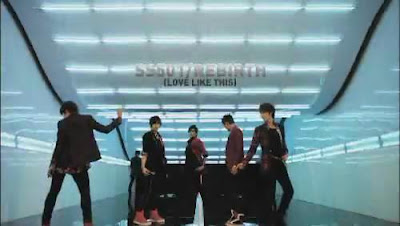 SS501 fans were originally looking forward to seeing their idols, SS501 strut their stuff on stage with their comeback single, Love Like This after a long hiatus through Music Bank on the 23rd.

But the show was canceled a few days before its scheduled broadcast because of their decision to show a live telecast of a baseball game, meaning that SS501 will make their return a day later on Music Core instead. But there was still some joy for SS501 fans because DSP Media has just released the MV teaser for Love Like This. The boys look damn hot in their new stylish concept and the music is just slick.