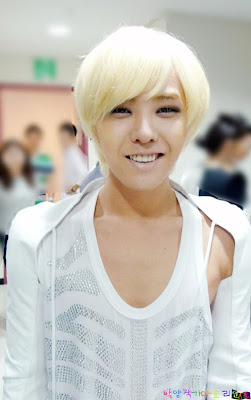 Yang Jung ah and some of the crew had the chance to meet Big Bang last year in a Christmas special episode of ‘Gold Miss is Coming’, once they heard him on the phone cheers of joy started to come out. G-Dragon’s voice when he answered sounded like he had just woken up, causing laughter on the show.

One of the ‘Gold Miss is Coming’ members then told Yang Jung Ah ”What are you doing! You’re his noona by 17 years!” causing laughter on the set. But the embarrassment was quickly lifted afer G-Dragon sang a little part of his song ‘Butterfly’ which impressed everyone on the set with a sweet voice.

“It feels like I was dreaming. Listening to his voice is nice, he is my favorite idol” said Jung Ah.