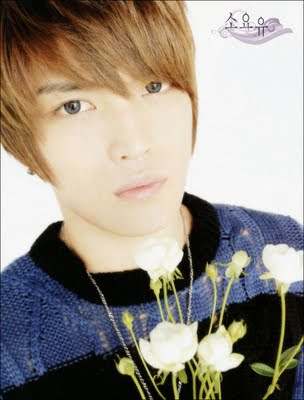 It garnered public interest when a senior trot singer 태진아/ Tae Jin-Ah had a friendly conversation on his cell phone
with Hero Jaejoong of TVXQ during his roadside interview with SBS's Evening Entertainment program on the 11th.

In addition, Jaejoong said that among the songs of Tae Jin-Ah, he likes "Partner" the most.
(*JJ sang a little bit on TV.)

They ended their conversation by Tae Jin-Ah asking Jaejoong to visit his home in the near future, and by Jaejoong replying to him by saying, "I will be there. Thank you!"