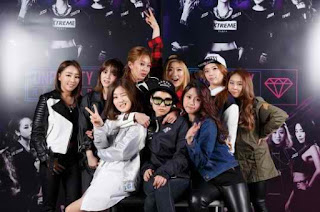 'Unpretty Rapstar Season 2' will be airing in September.
Due to the popularity of its first season, the second season will have 10 episodes instead of eight. The production started recruiting participants in June and targets to finalize the lineup at the end of July. After that, they will begin recording for the show.
The first episode of 'Unpretty Rapstar Season 2' will air in September after the completion of 'Show Me The Money 4.'
written by: loveluytakyo@dkpopnews.com
SOURCE: OSEN
Tags: Photo, Unpretty rapstar season 2
Share
Previous articleNext article