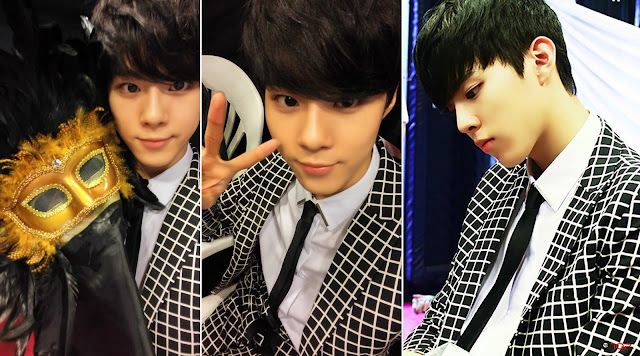 TOP Media is preparing to debut a new 10-member boy group called UP10TION in addition to their boy groups Teen Top and 100Percent.
Starting yesterday, the members of the group are going to be introduced one by one through a show aired on TVcast which has similar format like that of the hit 'King of Masked Singer'.
The first member that was introduced is Woosin, 20 years old and one of the vocal line. He is described to be a look-alike of actor Park Bo Gum, who appeared on "Naeil Cantabile". Are you looking forward to the upcoming members?