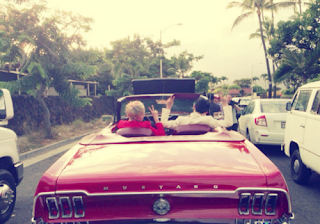 Gearing for the release of their 4th mini album 'Teen Top Class' on August 26, Teen Top are going to spend their weekend in L.A. for KCON 2013 on August 25, making it their very first U.S. appearance.

But before that, Teen Top's L.Joe is not going to leave without a treat for their fans. On August 24, he revealed a BTS photo taken during their MV shooting. He wrote, "We will arrive safely~♡ MV spoiler as a present.. Why were we in the car together~What were we doing~".

In the photo, L.Joe and Changjo are riding in a red Mustang and making V signs. 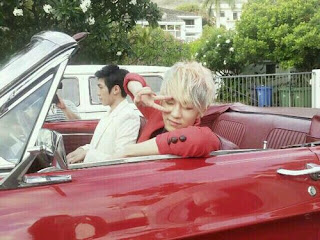 In addition to that, Teen Top official twitter also shared another spoiler and wrote, "If you're curious about the MV spoiler then enjoy the full version of "No Joke' on the 26th"
Tags: L.joe, News, Teen top
Share
Previous articleNext article