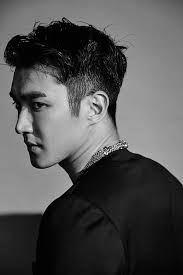 Super Junior's Siwon will soon make his his military enlistment.

According to an official, Siwon will be enlisting in the second half of this year. The rep said,"Even though the exact time hasn't been decided yet, he is preparing for his enlistment in the later half of this year. He has a healthy body and has always expressed his desire to serve as an active duty soldier".

"He will work hard to wrap up MBC's drama 'She Was Pretty', which is set to broadcast in September, before enlisting".

SM Entertainment also released an official statement,"Nothing has been confirmed regarding his enlistment. He's currently focusing on the filming of 'She Was Pretty'".