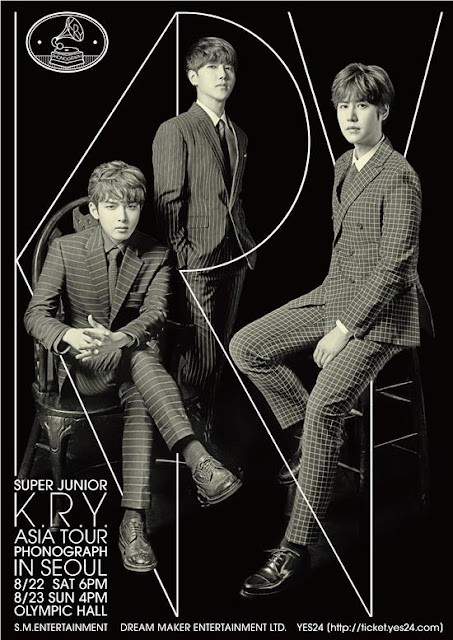 Super Junior vocal unit K.R.Y (Kyuhyun, Ryeowook and Yesung) are ready to captivate Asia with their soulful voice as they officially announce their 'SUPER JUNIOR-K.R.Y. ASIA TOUR ~Phonograph~' with a concert starting in SEOUL.

The trio has been active doing concert in Japan but it's the first time that they are holding a bigger scale promotions in Asia. The promotional poster is also released showing Kyuhyun, Ryeowook and Yesung dashing in their suits.

Meanwhile, 'SUPER JUNIOR-K.R.Y. ASIA TOUR ~Phonograph~ in SEOUL' is happening on August 22-23 in Seoul at Olympic Hall. Tickets can be purchased via YES24.