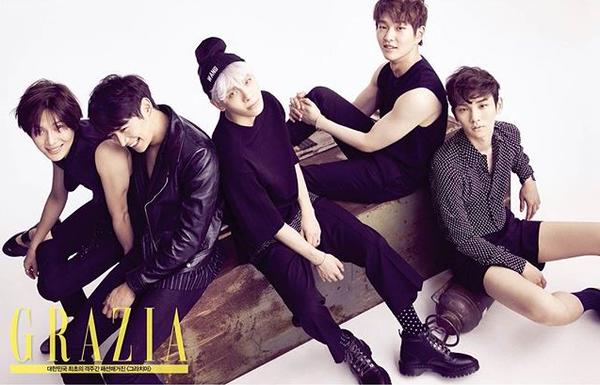 An image preview showing the group is released igniting the hype even more. The members are looking fatally attractive and charismatic beaming with smiles and bright expressions.

Meanwhile, the issue will be on shelves by August 5 but before that, SHINee are releasing their 4th repackaged album "Married to the Music" on 3rd. Check out Taemin's pictorial teaser below: