Even though there are no photos to proove it, it was reported that BIGBANG‘s G-Dragon met a Saudi Arabian princess in London.

What made the Internet go crazy, is the fact that the princess, who turned out to be G-Dragon’s fan, was hugged by her favorite artist.

A YG Entertainment staff member who was there commented, “The Saudi Arabian princess was a teenage girl. She was accompanied by bodyguards all throughout the 3 days of filming, and we confirmed that she was indeed a princess. They said she was a fan of G-Dragon so he greeted her and they casually shared a quick hug.”

The news about the meeting reached Korea through SNS and if you search on Twitter updates like “Saudi princess met gd” or “Saudi Princess got a hug from GD in London” this will come out as the results: 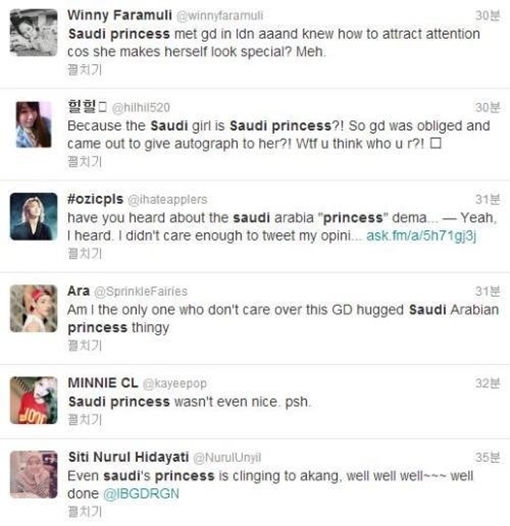