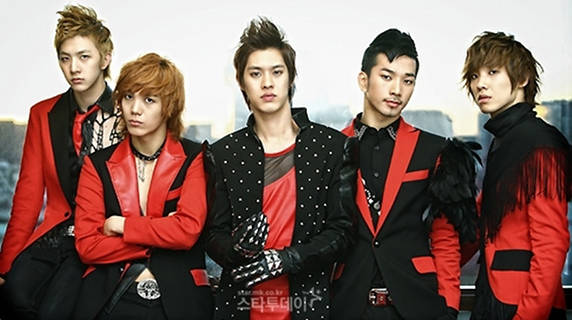 J.Tune Camp has released the official banner for MBLAQ's fans,A+!

Starting from 7th February,the banner will be sold on the new year's special edition of Music Core,and fans can purchase it at every live performance that MBLAQ will involve in the future.

The size of the banner is 55 cm by 18 cm.So starting from 7th February,instead of using self-made banners,fans can use the official one to cheer for MBLAQ,a good news for A+ surely!

Love the banner or not??

It will shine in the dark!