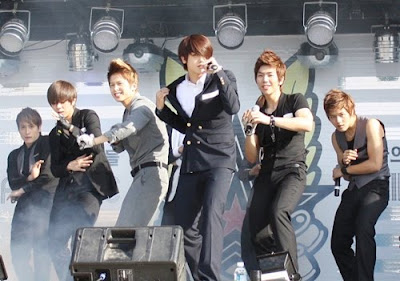 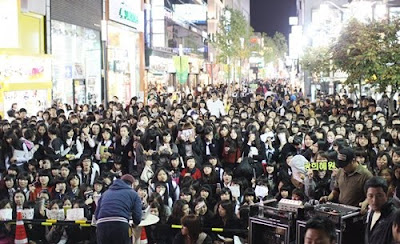 Dubbed as the "Gain 100,000 fans" boy group, Child of Empire held another wingcar performance in Daegu last night to help raise money for their financially troubled company, Star Empire. They performed songs from their upcoming album and the show lasted for about an hour. A special guest appearance by Poppin Hyun Joon set the tone of the night as he helped heat things up for the fans that gathered to show their support.