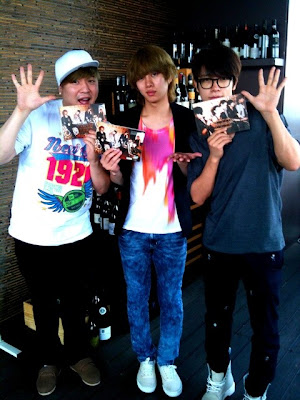 After the news broke out that Super Junior has achieved over 100,000 album sales after 1 week, Super Junior celebrates and of course, thanks the ELF's who supported them.

Heechul, Shindong and Donghae are online at the same time (right now) and they are talking about how awesome it is that they had sold over 100,000 albums is such a short amount of time (usually, it takes over MONTHS for an album to sell 100,000 copies). But not only that, they sold 13,000 + for their version B as well.

The members of course, thanked a lot the ELF's who bought and supported them. Officials said that there is still more to come for Super Junior. It's just been one week from their comeback :)

Chukahae Super Junior! Congratulations. Im very proud for all the Korean and International ELF's out there who united and made their comeback as DAEBAK as possible =)