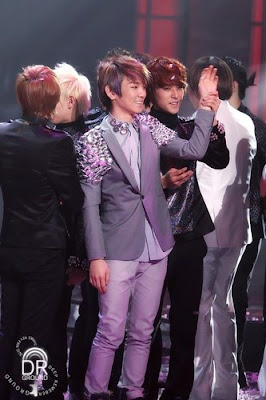 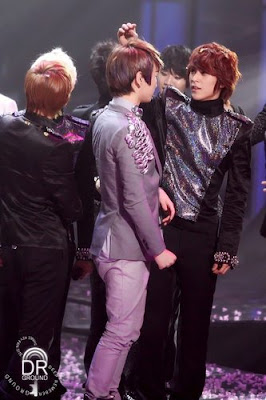 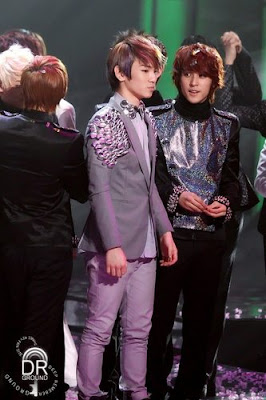 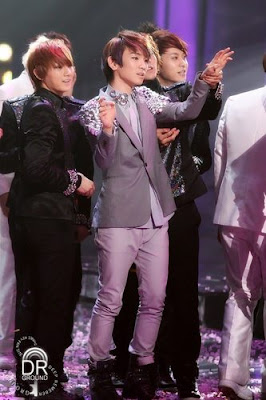 Looks like idols born on the same year just cant help but be close friends huh? maybe it has something to do with the year? nawh.... maybe... ??? O_O


These were taken a not so long ago, BEAST were still promoting and so is SHINee. Dongwoon playing around with key, making key raise his hands and stuff, pretty close huh? and even plays with key's hair! he might be curious on the colors of his highlights.


Its nice to see idols being friends with each other, despite the competition... but i doubt there is any between these guys!