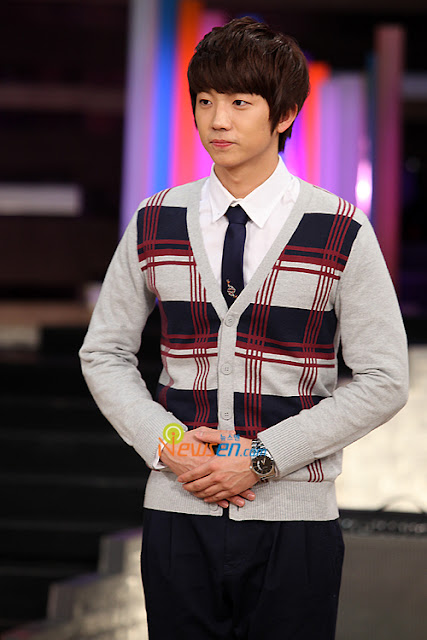 Wooyoung talked about how he felt about being an assistant MC for “Win Win” and about his 2PM members coming on the show as guests.

In the afternoon of February 4th, in the new KBS building (in Seoul, YoungDeungMoGu, YeoEuiDo) where KBS 2TV variety show “Win Win” is filmed, Wooyoung said, “I’m worried about the members coming on the show as guests,” at the press conference.

In connection to Taecyeon’s drama “Cinderella’s Older Sister” (working title), Wooyoung said, “I’m not ready for dramas yet,” and made everyone laugh by saying, “And also, nobody has attempted to cast me either.”

May be taken out with full credits. There shouldn't be any addition or removal to the credits.
CREDITS : NEWSEN (SOURCE), ___ @ 2ONEDAY.COM (TRANS)
Tags: 2pm, News, Win win, Woo young
Share
Previous articleNext article