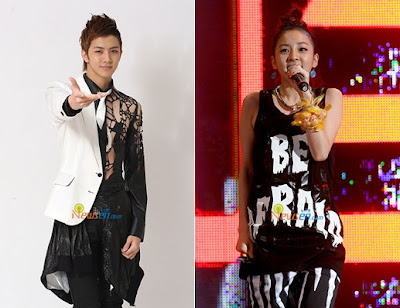 The two groups will both be performing on October 31st at the Seoul Olympic Stadium for the "Superstar Power of Love Concert."

Thunder stated to a Newsen reporter:

"It will be the first time for me to appear on the same stage as my sister. I'm very happy."

It's also been revealed that Rain will take the stage that day and a match between him and MBLAQ will unfold.

It is unclear whether Thunder and Dara will put on a special joint performance, but one can only hope the two siblings pull out a special surprise.