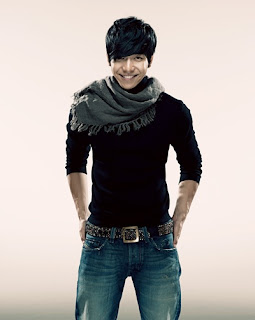 Seems like H1N1 has infected another k-pop star... and this time, it's our
beloved Lee Seung Gi.

Lee Seung Gi had shown a symptom of high fever on his way home from his KBS Happy Sunday - 1 Night 2 Days filming on November 7th. After two days, on the 9th, Lee Seung Gi visited the hospital for a swine flu checkup, and was declared positive today on the 10th.

"Lee Seung Gi showed a high fever on top of a serious headache and coughing. The emergency room suspected on the 9th that the H1N1 virus was causing these symptoms and prescribed Tamiflu. His diagnosis on the swine flu was confirmed on the 10th and doctors declared a mandatory seven day rest period."

This not only means he will be on a momentary hiatus from his television shows, he will not be able to attend Concert X, which was set to open up here in the States. His cancellation for the concert has been made official.

"We apologize to the staffs who committed a lot of time to prepare for this concert and those who have been waiting. We are truly sorry."