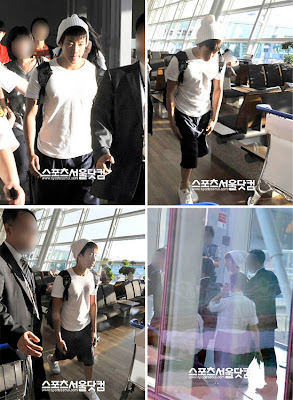 JYP Entertainment will maintain and keep its contract with 2PM member JaeBum, who has left the group recently and is currently staying in the States.

The contract period for JaeBum is 7 years. Currently, it has been over a year after his debut, and there are still 5 years left on the contract. So what remains now is when he will return to Korea to resume his activities, and what many calls “the problem of time”.

JYP will be holding an audition in Seattle coming 7th November, and through one of the officials from the company, JaeBUm has also been scouted during the audition by JYP in 2004.

It is still not decided if Park JinYoung will be present at the audition in Seattle. An official said, “Because of JaeBum, there has been much concern about the audition this round.”

JYP Entertainment has also been very careful when asked if JaeBum will return to Korea and resumes activities sooner. But what we know is JaeBum’s contract with JYP will remain.

An entertainment industry expert said, “Because his contract with JYP will be kept, it is high chance that he can return and resumes activities naturally, but time is the key here.”