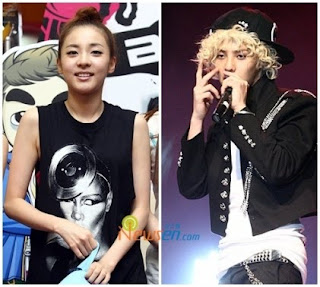 Sidus HQ C.A.S.T. Training Center by iHQ had a survey last October 28th to November 1st for “an idol who could work as a full-time actor”. G-Dragon won with 217 votes, leading the male category and Sandara Park had 292 votes taking the lead of the female category.

Participants in the survey said that G-Dragon has done perfect acting on stage while performing and also in Big Bang music videos such as “Lie” people were impressed with his acting. Participants also said that if he did become an actor, he could play many roles, going from a cute boy, to his vocal charisma persona, and many more characters.

Sandara park already has experience in acting and has worked with other big actors. Also her real age is not noticeable and she has a really young face, so she would be able to pass off the role of a high school student. And her usually funny face expressions could be helpful for cartoon characters.