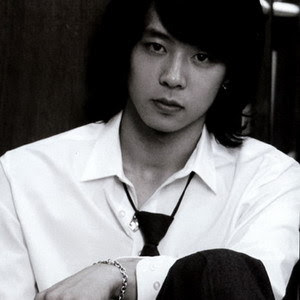 Yoochun, who will be one of the main leads for the new-age historical drama “SungKyunKwan Scandal”, was feeling nervous the week before he was scheduled to begin filming. “SungKyunKwan Scandal” will be broadcast by KBS this coming September, and is based on the popular novel “The Lives of SungKyunKwan Confucian Scholars” by Jung Eun Gweol. Yoochun will be part of the “Modern F4” and will be taking on the character of the leader of the group, Lee Seonjun, who is overbearing and a mummy’s boy at the same time.

A representative for Yoochun expressed over a phone conversation with OSEN on the afternoon of the 20th that “As the eve of the first shooting drew near, Yoochun started to practice his lines. He had received a lot of help from the seniors who are acting with him” and “because the words and tone used in the drama differs from modern day conversation, he has been spending more time and effort to practice [his speech]. He is also currently learning how to ride a horse.”

He also added, “As this is the first time that Yoochun is challenging acting, he is feeling both excited and worried at the same time. He is quite distressed over his own role and is in the midst of preparing himself well. We hope that everyone will look forward to and support his performance.”

On the other hand, decisions regarding the key female roles “SungKyunKwan Scandal” are also in their final stages. The list of cast will be confirmed either this week or next week, as they plan to commence the first session of filming.