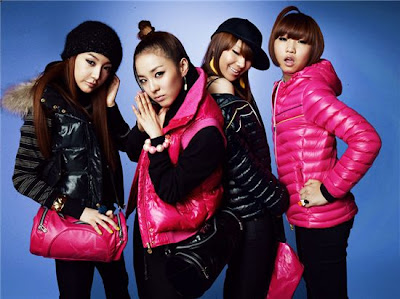 Yang Hyunsuk mentioned to Money Today Star News on the 23rd that, “In September, 2NE1 was planning on releasing their first full-length album in November after they finished their promotional activities for their first mini album.”

Continuing on he said, “But 2NE1’s debut single ‘Fire’ in May and ‘I Don’t Care’ both received massive amounts of love in an extent that we did not expect. So, we’re going to repay by putting in more effort and passion into their first mini album.”

Yang Hyunsuk also said, “We’re going to keep working on the songs in the first full-length album, so all the songs in the album will seem like a title track . Thus, we do not really know when we’ll be able to release 2NE1’s first full-length album, and depending on the circumstances, we might not even be able to release it by the end of this year.”

However for the fans that are waiting for 2NE1’s new songs, Yang Hyunsuk has decided to release Park Bom’s solo track first on the 28th. This song will also be in the full-length album.

Yang Hyunsuk said, “This is the first time Park Bom is releasing a solo song after she’s debuted as 2NE1 and she is the second person out of the four members to release a solo track after Sandara Park.”

Continuing on, “The title of Park Bom’s solo track that is being released as a digital single on the 28th is ‘You and I’, and it is a medium-tempo R&B slow song. We’ve filmed the music video recently at Daekwan Pass and many other places.”

And about the solo activities Yang Hyunsuk replied, “We have not decided on whether or not Park Bom’s going to do promotional activities for this song yet.”

** Title Track – Tracks that are of a better quality in terms of lyrics, beats & melody so as to appeal to a wider range of people which also means that it will be another hit song. Hope you get what i mean!