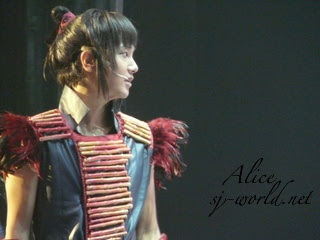 About the musical title (Namhansanseong) but also the very very fast summary of the story: it’s the name of a fortress.It was built in the early 1600s to defend Korea from the Manchus. Korean King Injo retreated to Namhansanseong when the Manchus invaded Korea in 1635, however he was forced to surrender after a few weeks under siege.

Act 1, So the story takes places in 1635 in Korea. It’s winter (the whole story happens during winter) and the Chinese army of the Qing Dynasty (the manchus; Due to their clothes, the chineses are definitively shown are barbars, the soldiers have like only half their scalp with hair, and just some longs bangs here and there, they are most of the time half naked etc. ) is getting strong and the Korean court is hesitating between making peace with them or not. Oh Dal Je (the hero of the story) is dismissed from his position (king’s adviser or something like that) as because of him another man of the King (Choi Myeong Gil) has been enable to make peace with the Qings. He goes back to rural life and fall in love with Maehyang (the heroine, she is a Kisaeng).

During that time the king of the Qing (Hongtaiji) declares war to the Koreans with beside him Jung MyeongSoo (Yehsung!) a korean interpreter who wants to have his revenge over Koreans (he was taken to slavery before by the Korean king)
So the hero (Dal Je) comes back when the war is declared, leaving the heroine (the Kisaeng Maehyang) behind. But he has to leave again for the fortress of Namhansanseong and leaves his wife, who is pregnant, behind.
Both the wife and the heroine will meet and follow him, but along the way they will be captured by the Qings. There, Yehsung will fall under the heroine’s charms and will take her as a mistress (and here come a whole song and dance with lots of skinship and hm I think the whole thing is trying ot show us that the soldiers are raping girls and…. I’m not sure about yehsung and the heroine but well, think what you want ehe. But she is not really consentant into becoming his lover.) but that doesn’t seem to please at all Cho Hong, a Qing dancer who obviously is in love with Yehsung.

The population is dying from hunger and cold and the King doesn’t know what to choose between the pride of his nation and his people. The 3 main king’s advisors (including the hero) are giving very contrasted opinion on keeping on with war or signing peace.
One of the advisors (Myeong Kil) goes to the Qing camp with a Qing soldier they had made prisonnier during a previous battle (in order to make an exchange) and he asks for the release of the heroine ( Maehyang…. that didn’t make much sense to me, why didnt they ask for the wife?!). But the heroine plays a trick to the Qings, dance and sing with them, so that she looks like she admires the chinese and laughs at the koreans, so the advisor will take the wife instead of her back to the korean camp. (basically she is the heroine so very nice and everything and she wants to save the life of the wife so she makes them take her instead.)
The Korean king then starts a new attack against the chinese but is annihilated by a trick of Yehsung.

Along with that main story we can see a little girl whose dad is being killed trying to survive as well as a couple of comedians on the road that will take care of her. They are coming up sometimes in between scenes.

That’s the end of act1. Is everyone still following? XD

Yehsung realised that the heroine doesn’t actually love him and gets very sad and upset (etc.) so he starts abusing her (to me he had done it already but who knows lol) then make her leave the camp. But the girl who is in love with Yehsung (Cho hong) sees the scene and stabs the heroine while she is lying down.

The king of the Qings asks for the Korean king to surrender, but the koreans avoid an immediate answer. Then the Chineses manage to make inside the fortress of Namhansanseong by shooting canons and putting the fortress in flames. The people asks to the king to surrender to save their life. And the king finally decides to surrender. While one of the other advisors (Choi myeong Kil) decides to send a surrender letter as well, the 2nd advisor (Kim Sang hun) attempt suicide but the hero manage to save him. But the hero refuses to surrender and is captured. There, he meets the heroine again who is dying. Yehsung is there as well and is tired appart by the two heroes affirming their love. Yehsung cries out as the heroine dies in the hero arms. Yehsung is comforted by the girl who loves him, Cho Hong. (Not sure how far they will go though lol)

The chineses won and the korean king has to walk between the victorious soldiers before bowing in front of the Chinese king. Then later The king and Yehsung are putting the hero to death. (actually Yehsung is).

Starting from then, peoples starts being happy again, it’s spring and the last scene shows the population happy, singing and dancing again. (So basically the koreans lost, the chineses who are showed like barbares all along won… Obviously it all sound like a tragic ending… but the population is happy at the end, (I just didn’t get it . But I guess they are happy that at least it’s peace again, whoever is king)

And that’s the end!

Sorry if it can get very messy… It’s not easy to summarise this .

All credits for the summary goes to Alice @sj-world.net DO NOT take out without credits, DO NOT add anything to those credits.