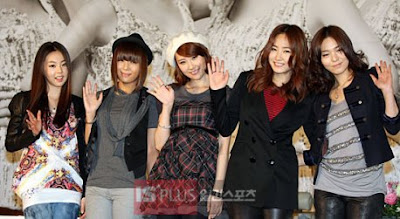 South Korea’s Wonder Girls made history this week by becoming the first Korean singers to chart on the United States’ Billboard Hot 100, and the pop group is eyeing the lucrative Chinese market next.

A press release by the group’s agency JYP Entertainment said Thursday this is the first time any Koreans has ever placed on the chart in all its 115-year history.

The Billboard rankings are determined by an artiste’s number of airplays, album sales, as well as digital downloads.

Earlier this week, an airplay analysis chart by music website Mediabase showed that the Wonder Girls’ airplay ranking improved 16 spots week-on-week to the 107th position after “Nobody” was played 65 times by radio stations across America in the week October 12-18.

Reports said “Nobody” also outsold singles by pop stars Madonna and Shakira, with over 30,000 copies off the shelves in the same week.

The five-piece girl group also toured with popular US boyband Jonas Brothers as their opening act for 53 concerts.

With success in America, and parts of Asia already under their charm, the Wonder Girls are looking to conquer the massive Chinese market next.

The band will be making its foray into China later this month during the Mobile Festival in Beijing, alongside other famous faces such as Jackie Chan and Zhang Ziyi.

“Nobody” was originally released in the girls’ native language Korean, and later remade into English for their US debut. This time, the hit single will undergo a third release – in Mandarin – for the Wonder Girls’ venture into China.