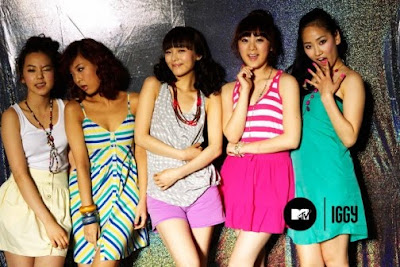 It seems that the Wonder Girls went to the MTV IGGY studios before going to Korea last week.

At MTV IGGY, they talked about their new EP, 2 Different Tears, and had some fun playing Twister and taking photos with cute summer outfits like the ones they are wearing on the picture posted.

The girls were interviewed in both English and Korean and MTV IGGY promises to share the moments of the girls playing Twister which they say was even more fun than when they played Pictionary in the TRL studio.

Stay tuned to MTV IGGY for more in the coming days. In the meantime, relive the memories of Wonder Girl’s Pictionary.