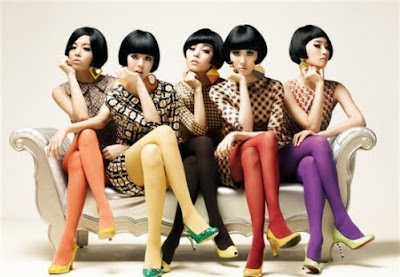 With their successes in the States, the Wonder Girls are ready to hit up the Orient again! Well, they aren't exactly abandoning their American activities and making a comeback in Korea, but the pop quintet is planning to take a step through the doors of China before the end of this year.

Sources confirmed that the girls would be performing, you guessed it, Nobody at the China Mobile Festival to represent Korea on October 28. China Mobile, one of the country's biggest telecommunications companies, collaborated with a culture & arts committee to organize this high-profile event, which will brag guests such as Jackie Chan and Zhang Ziyi.

Regarding an actual career in the country, JYP Entertainment has eluded a potential Chinese debut in the past, leaving fans on the edge of their seats, wondering what plans lie ahead for the beloved fivesome. Although the girls haven't been actively promoting in China, a JYPE representative recently revealed that they are currently making such preparations. It has also been confirmed that the Wonder Girls will hold their first solo concert in China in Shanghai on December 2, which is only a month and a half away.