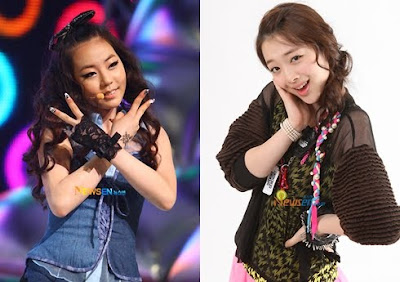 Wonder Girls maknae Sohee seems to be interested in the maknae of f(x) which is Sulli. On the May 25, of KBS "Win Win" Sohee talks about being the youngest and the "cute" maknae.

Sohee revealed that when they debuted, She is always the youngest because she debuted at such a young age, but now, she is not anymore the youngest as there are new idol's who have debuted that are younger than her.

She also revealed that she finds Sulli of f(x) cute. Being the maknae, the maknae is the one responsible for the "cuteness" in the group and she thinks that Sulli is really cute being the maknae of the group.