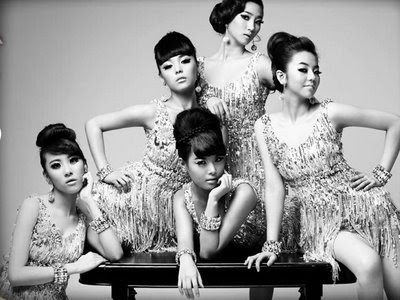 Korean pop group Wonder Girls have become the first Korean artists to enter the Billboard singles chart, according to their agency JYP Entertainment on Thursday.

The group's single "Nobody" entered the Billboard Hot100 at No. 76, the first time for a Korean artist to be placed on the chart in its thirty-year history. Only three other artists from Asia as a whole have ever made it onto the chart.

The Billboard chart combines the number of airplays, album sales and digital downloads.

Earlier in the week, JYP had announced that according to an airplay analysis chart by music website Mediabase, "Nobody" was played over 65 times by radio stations between October 12 to 18, increasing the group's airplay ranking by 16 spots from the previous week to No. 107.

"Nobody" was also the top-selling single for the same week with 30,418 copies, outselling pop stars Madonna and Shakira.

The girl group, who announced their U.S. debut in June, signed with management company Jonas Group and had been opening for popular boy band The Jonas Brothers U.S. tour over the summer. They performed in front of over 1.5 million fans in 42 cities over 53 performances.

"It was good targeting U.S. teenagers because they don't discriminate," an official at JYP Entertainment was quoted as saying. "And it was absolutely effective to target the U.S. market with a Korean concept and song without the help of American producers and songwriters."

The five-member girl band, who debuted in Korea in 2007, is one of the most successful pop groups in the country with three consecutive No. 1 singles, "Tell Me", "So Hot", and "Nobody".