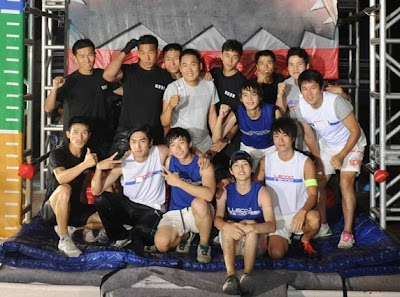 With all these great stars, netizens are very curious to know who are the "real fixed members." Let's have a look. The MC is Lee Chang Myung. Both the old and new dream team consists of 3 members each - so that is a total of 7 cast members.

So who are the fixed casts? Well, Jin Jin Hak PD, who is in charge of the program revealed it by stating:

"The current Dream Team 2's fixed cast members are Jo Sung Mo, Lee Sang In, and SHINee's Minho, except for MC Lee Chang Myung, who is an exception because he is an MC. ... Other than the 3 members, there are no fixed members right now, except for G.O.D's Danny, which you can say is part of the fixed members. Although it won't be every week, he will be casted a couple of times per month. Danny understands this and accepted it. ... You can say that 1 spot from the old dream team, and 2 member spots from the young dream team is flexible with castings. By casting different guest members, we will look for someone who fits in Dream Team 2 the most. In the meantime, no more members will be confirmed as fixed."

If you're confused, the fixed members are Jo Sung Mo, Lee Sang In, SHINee's Minho, and somewhat G.O.D's Danny.

Stayed tuned to the 25th for the broadcast of Dream Team 2, as the guest members will be Lee Wan and Super Junior's Eunhyuk.