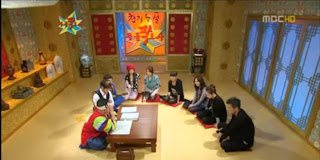 And Ye Eun talked about how she understands the feeling of having to leave one’s homeland to go to a foreign country and having to adapt to new lifestyle. She said, “(When we were in the States) SunMi would cry everyday, because she felt lonely.”

She said, “Even if you are over your 20s, living in a foreign land is tough. And for JaeBum oppa, he came to Korea when he was young, I understand how lonely and tough it was for him.”

Meanwhile, Park Jin Young also spoke up officially about JaeBum for the first time on the show.