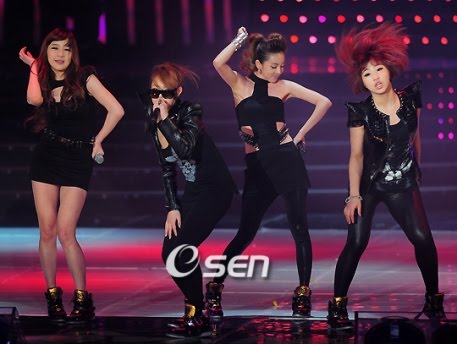 The 2NE1 fever is going strong in Kpop world. It is no longer the case of surprise event from a newcomer singer. Their new song is an all-kill on music charts in just 3 days into its release. 2NE1’s golden age is said to be approaching.
The group got into the Kpop scene like a comet and achieve success with their 1st album. This was because it was the period when WonderGirls had left the Kpop scene for their American debut and So Nyeo Shi Dae ending their ‘Gee’ promotions.
But this time, the situation is different. So Nyeo Shi Dae has been in the spotlight since the release of their new song ‘Oh!’. 2NE1 previously revealed their digital hiphop single ‘Try To Be Like Me’ on 9th February.
The song was released as a prelude and promotion to the girls’ upcoming 2nd album.
The song is already leading So Nyeo Shi Dae’s ‘Oh!’, which it was first revealed on 25th January. Looking at the music charts results on 11th February, the song is up at #1 on all charts except for one or two charts where it is competing for #1,2 positions.
The 2NE1 members have been doing their solo activities since their 1st album promotions ended, many are seeing that their comeback will change the landscape for the girlgroups in Kpop.
S: Osen; trans by Lina ; cr: K Bites