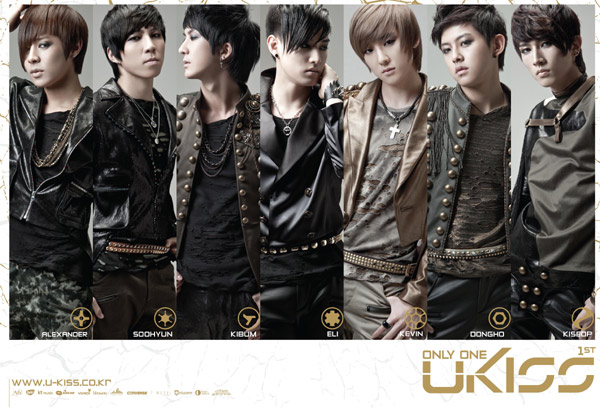 Firstly,i want to share a new photo of U-Kiss for their first album,"Only One" here.A huge change for Alexander here,the other boys look so manly especially Kevin,a great transformation for the boys.

The boys were treated as underrated group when they debuted in 2008 with "Not Young",i just wondered why,the boys have the look,their vocals are not too bad either,then i managed to find out that they don't have some good songs that can show their charm.However,the boys started to gain some love from fans since the release of "Man Man Hani".

Member Eli logged into his Twitter a while ago to urge fans to buy their album,it is rare to see him Twitting,he must be very excited with the release of their album.