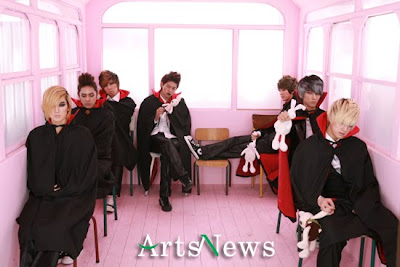 U-Kiss' maknae Dongho, who has been getting a lot of love from nunas, chose between the top stars of Korea easily, showing his honest character, which is distinctive of a Type B.

But one choice that Dongho had a hard time making was 'SNSD VS KARA'. Seeing Dongho's worried expression when picking between these two groups, and even asking if he could pass, the members burst out laughing.

Although Dongho had stated Shin Se Kyung as his ideal type, he quickly picked Huang Jung Eum over her in less than 10 minutes, showing off the badboy (?) side of a Type B.

When he had to pick between Park Boyoung and IU, whom he often states as his ideal type, Dongho could not hide his difficulty as he made an unexpected decision.

So between IU and Park Bo Young, who was the one Dongho picked as his ideal type eventually? Dongho, who likes older girls, picked Shin Minah as his final ideal girl.

Dongho, who picked Shin Minah because of her remarkable fashion sense, left her a video message saying "let's go for a meal together". Together with Dongho, Kiseop and Alexander's ideal types will be revealed via rounds of "Ideal type World Cup" on 'U-Kiss' Vampire'.

Although Kiseop had a range of choices such as Han Hyo Ju, Lee Min Jung, Sandara Park, the devoted Type A eventually still picked Goo Hye Sun as his ideal type. Big fan (?) of Lee Hyori, Alexander picked Sandara Park over Lee Hyori, getting rebuked by his members.