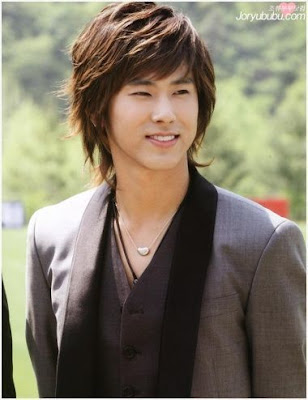 TVXQ's Yunho (real name Jung Yunho) is currently acting in MBC's drama "Heading to the Ground". He shared his thoughts on being away from the group and entering the acting career.

Yunho said this in response to an interview he did with fashion magazine "W", for their November issue, where he also did a gravure photoshoot. Yunho said, "It's difficult since its a heavy role, but I'm putting a lot of effort into acting", and showed the spirit of acting.

Coming from his background as a singer, when asked on how he felt about debuting alone as a new actor, Yunho answered, "Lonely. But I think this is just the process of growing pains. I have to grow."

Officials from "W" magazine informed that, "Although it was very difficult to do the gravure photoshoot and interview after his drama filming and rehearsals for their Shanghai concert, he was bright and full of energy on the set."