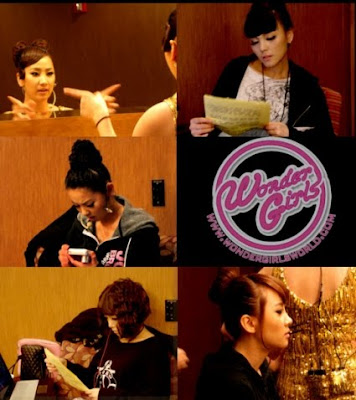 5-member girlgroup WonderGirls have arrived at the States and have started their promotional activities.

They touched ground in New York on 8th November. Member Ye Eun wrote on her Twitter account saying, “just arrived NY! better get in bed but i’m not sleepy at all T.T”

The girls returned to Korea on 22nd October and had left for the States again on 7th November. After which, they will be doing various interviews for newspapers and magazines as well as appear on TV programs.

They will also be holding a jingle ball concert coming December in the States, together with other top stars there.

Meanwhile a photo was also posted on the morning of 9th November on the girls’ official Twitter account of themselves preparing in the waiting room.