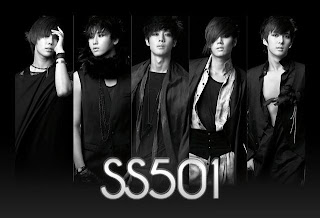 Here is a funny news about the worrisome of TWTS:
The Hosting of the Golden Melody Awards Taiwan Television,has issued that SS501 will be invited to perform and at thepresentation. SS501 fans appears at Taiwan Televisions’s officialwebsite to show their worrisome.  They are worried that host Little Swill be too OVER on making strange question or body touching with SS501.

Recently, WONDER GIRLS went to Taiwan recording TV show“Kang Xi is coming”, Little S questioned about their first night, madefans feel annoy.  SS501′s fans also fear that “HOW” will Little S do tothe five handsome guy, so they all go online to leave message on TTVwebsite, hope they can remind Little S to control a bit.

General manager of TTV Liu Lihui said, “SS501 will be stagedat the Golden Melody Awards to sing a Chinese song, Little S is a smartgirl, on different occasions, will have different method to control theshow”"Do not give her too much pressure, let her do what she will do isfine. And Taiwan TV will not restrict her and give her any pressure.”