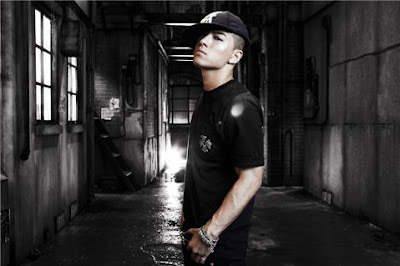 Korean idol group Big Bang member Taeyang is set to debut his new single this weekend, according to his agency on Tuesday.

The pop idol, making a solo comeback to the music scene for the first time in over a year, will be performing new single "Wedding Dress" on SBS music show "Inkigayo" on Sunday, YG Entertainment announced in the press release.

The singer will be promoting "Wedding", his second single following the current charter "Where U At", until the end of the year.

The song was co-written by the singer and YG's main producer Teddy, who has penned numerous pop hits including 2NE1's "Lollipop", "I Don't Care" and Park Bom's recent solo single "You and I". "Wedding" contains lyrics about a man who sends off the woman he loves to another man.

Taeyang was the first Big Bang member to debut as a solo artist, releasing his first mini-album "HOT" in May 2008. The album produced two hit singles "Prayer" and "Look Only at Me".

His recent digital single "Where U At" peaked at No. 6 on Korea's Mnet Singles Chart last month. Both "Where" and "Wedding", to be released on November 13, are songs from his second solo album due out early next year.