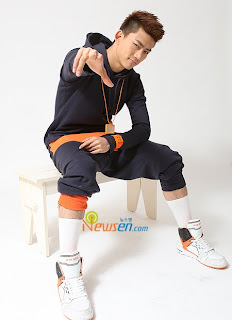 Cidus HQ's training center C.A.S.T by iHQ is currently holding a iTeen star audition in an effort to find the best child star. They have held a survey from late October to November 1st with the question "Which idol star would best succeed as an actor?"

Ok Taecyeon took 2nd place because of his "beastly idol" nickname, leading many to believe that he could perfectly handle a tough and manly character while still maintaing his smart and modern image.