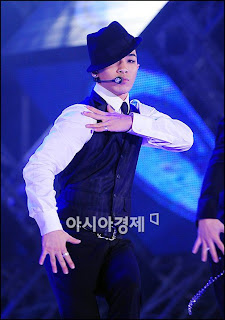 Taeyang (23·real name Dong Young Bae) finally debuted in Big Bang, after his tough trainee days. Doing activities in front of the public, he was able to give pleasure, but he has also had numerous secret conflicts.

“To tell you the truth, I had some worries after my debut. Actually I’ve liked “black music” since my childhood and thought I could become like my favorite artists. I’ve always dreamed of that but after I debuted in an idol group, I had to be “popular” and do activities with songs which I’ve never considered singing. So I was confused for a while.”

He learned, for the first time, that the world couldn’t be as he had hoped. He was sorry to miss the many musical activities he strived for because of his busy schedules.

“I didn’t even have time to shed tears. The expectations of too many people became a burden for me from the beginning of my debut. We continually put out albums and still now, have work to do. Receiving the grand prize is not the end because we always have to think of the next.”

Because they are a popular idol group, there were a lot of activities like filming commercials besides music. These outside parts became stressful to Taeyang. But the missing parts could be fulfilled through his own effort and solo activity.

“There are many things I gained through my solo activity. When I did activities as Big Bang, the members used to fill my lacking areas. In the solo activity there was a feeling of backpacking. I had to do everything by myself but that was very amusing.”

He got to like music more. He tries to convey and give his 100% percent during those moments. He felt, that the more he – through music – gives other people pleasure, the more happier he would be. Seeing that audiences were delighted, Taeyang was the happiest in those moments while standing in front of his audience.

The article also posted a baby photo of the Big Bang member. 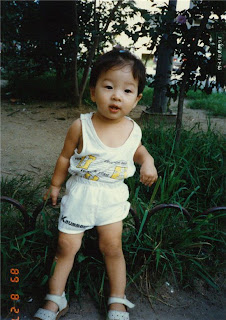