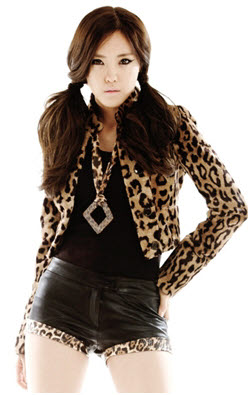 T-ara's Hyomin will turn into an actress through a mini-series.

T-ara's agency said, "Hyomin has received 2-3 drama offers from broadcasting stations already, we've decided to have her debut this summer as an actress in a mini-series."

Other T-ara member Jiyeon has already starred in the dramas, "God of Study" and "Soul", and also has Eunjung with currently appearing in "Coffee House". Hyomin will be the third actress in T-ara.

Hyomin currently goes to Sungkyunkwan University and is in her 4th year of the theatre department. Hyomin has been passionate about acting, theater and movies and they're important to her. She has done them for her school before.

On the other hand, T-ara had been busy with personal activities. Jiyeon will be releasing a new movie, "Death Bell 2" this summer and Eunjung is currently starring in "Coffee House" which is being aired now.