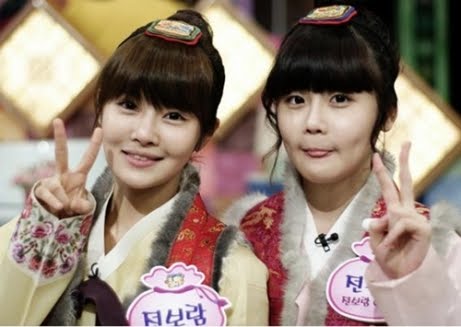 T-ara Jeon BoRam’s little sister appeared on broadcast show with her to explain the criticisms on her height.


Jeon WooRam said, “Her makeup was so thick that even her little sister could not recognise her.” She also showed photos of Jeon Boram when she was a model and her current photos for comparison.

Meanwhile, WooRam also talked about the truth of all the talks about Boram’s height. BoRam is known to be the shortest member in T-ara.

The show will set to air on 13th February at 5pm.