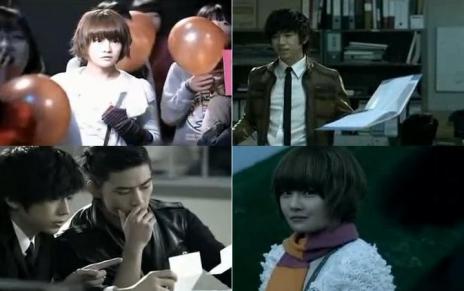 T-ara Boram garners much attention as she has recently been casted for Cass CF.
Recently the full MV for Cass CF has been revealed, and in the MV, Boram was casted as a crazy fan stalker, this was different from Boram’s usual cute and bright image, much to the surprise of many fans.
Boram said in her recent interview, “To be honestly, initially when I was casted I was doubtful if I can do the role of a stalker well. But the director told me that he was surprised himself that I fit the role well.”

“Even though the director told me he was surprised with my acting, I told myself that I have to continue to work hard. Even though my personality is not such that I would do that to someone I like in reality, the staff and director had all said that I’ve done well and I’ve enjoyed the filming. I am always very happy and excited when it comes to acting. I will continue to study up on acting and show everyone improvements.”
Meanwhile, T-ara is set to comeback with their repackaged album end February.