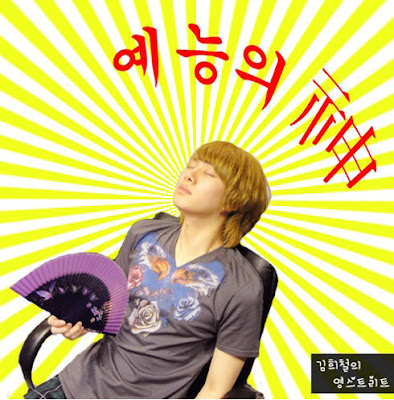 Super Junior member Kim Heechul is arousing the laughter of netizens through his portrayal of an executive overtaken by spring fever.

On the 10th, a photo was uploaded on the message board of SBS Radio Power FM(107.7MHz)'s "Kim Heechul's Youngstreet", which shows his personal concept.

In the photo, he is holding a fan and lying back in his chair with an expression like he can't fight sleep. Netizens laughed at the apt description, which said "An executive who suffers from spring fever."

Those netizens who saw the photo responded by saying things like "The God of Entertainment is exhausted", "What is this lazy expression", and "Sleeping executive!".