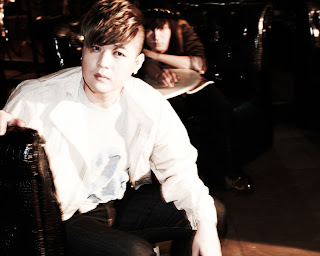 Shindong’s proposal in his thank yous for Super Junior’s 4th studio album has garnered attention from fans, the press, and his fellow members as well.

On May 20th, Super Junior confessed their thoughts about the public proposal to reporters in Kangnamgu Apgujeong, Seoul.

To refresh your minds, Shindong wrote in codes “I’ll love you forever. Let’s get married”. To this, leader Leeteuk responded, “It was possible for Shindong, who is familiar (with love). It has actually benefitted Super Junior’s image”. Heechul commented, “If he shows living happily, the adults will love (him) more”. Donghae responded by saying, “When we get married, won’t we do it?“. On the other hand, Eunhyuk was more careful about this issue, saying, “I can’t decide on my own. I have to be considerate of the other person“. Overall, the members gave him their blessings, saying “Get married this year”.

Heechul, who knew about it way before, called Shindong right after seeing the proposal message. He revealed his thoughts on publicly proposing like Shindong, “I was interested in doing it, but after seeing Shindong, I don’t think I can (ever) do it”.

What song will Super Junior members sing at the wedding should Shindong walk down the isle with his bride? The members sarcastically said, “We would become stressed that we might not go,” but they eventually chose a song each, causing laughter.

Super Junior is currently promoting their popular ‘Bonamana’ from their 4th album.