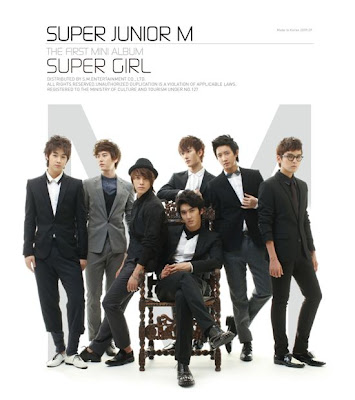 Korean idol group Super Junior-M has topped China's biggest television and radio music charts, according to their agency on Thursday.

The two charts, the most prestigious music charts in China, combine weekly album sales, internet votes and mobile text votes from all across the country.

The boy band's first mini-album also topped an album sales chart in Taiwan upon its release.

Super Junior-M consists of Super Junior members Han Geng (the leader), Donghae, Siwon, Ryeowook, Kyuhyun, and two non-Super Junior members, Henry and Zhou Mi. They debuted with the first album Me in April 2008 and their activities are focused on the Chinese market.