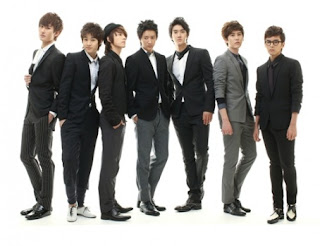 Super Junior unique group Super Junior M has been nominated for an award at the Golden Melody Awards, a top music awards ceremony in Taiwan.

According to SM Entertainment on 27th May, they have nominated for the ‘Best Singer Group’ award at the 21st Golden Melody Awards together with other big names like Cotton Candy and Power Station.

Meanwhile, the award ceremony will be held on 26th June.