Super in More Ways Than One
CONVERSATIONS With Ricky Lo 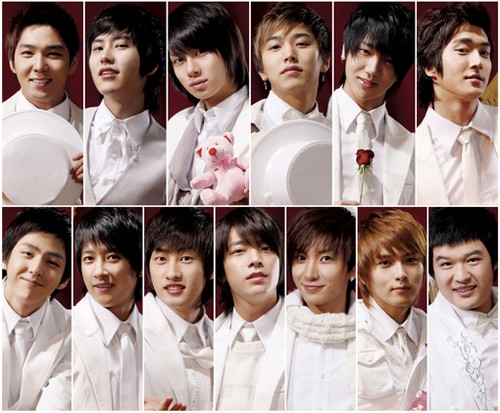 For today’s most popular KPop group, made up of 13 ‘junior’ singers, love does mean never having to say, to quote their song, ‘sorry, sorry’!


If you can rattle off the names of the 13 cuties comprising the popular Korean Pop Group Super Junior (SuJu for short) without missing a beat, then you are a Certified KPop Devotee.
Try it (at random): Leeteuk, Eunhyuk, Han Geng, Yesung, HeeChul, Sungmin, Donghae, Kangin, Kibum, Siwon, Ryeowook, Shindong and Kyuhyun.
Got it? Congratulations!
Of course, you know that not all the members were discovered in Korea in a relentless recruitment that took almost a decade, starting in the late ‘90s, around Asia. Auditions kicked off in the early 2001. Han Geng was discovered in Beijing and Kibum in L.A. The group was completed only in 2006, with Kyuhyun as the 13th recruit.

Observed a KPop fan, “The (SuJu members) sing and dance, and kiss flowers, and giggle, and apply astringent,” and even dress up in girlish attires but make no mistake about it, they are not gay. “They are just whiny people screeching songs about heartbreak and pain,” added the KPop fan. “They just want to give out love and free hugs...”
Initially known as Super Junior 05, the group took a bow on Korean television in 2005 with its debut album SuperJunior05 (TWINS) that sold over 28,000 copies.
The group’s second album, Don’t Don, was released in 2007, followed by the third, Sorry, Sorry in March 2009.

Good news for SuJu fans: The group is coming to Manila as part of its Asian Tour: Super Show 2 set for April 10 at the Araneta Coliseum.

Your third album, Sorry, Sorry, is well received all over Asia and with it you also have gained a bigger fanbase which makes you the greatest boy group in Asia. So what can we expect from your fourth album?
“We are really glad to have an opportunity to reach as many listeners as we can all over the world with Sorry Sorry. It drew huge support from the fans as well as other music lovers. We will try our best to live up to that enthusiasm. Please be ready for our new album which surely will show another best performance and colorful music styles. Thanks.”
(For all the members) Do you guys ever sleep? A lot of you regularly attend and record shows, fly to different countries for guestings, film dramas. But you all still manage to smile and look happy. What’s your secret in having such a positive outlook in life despite all the hardships?
“We consider the tight schedules as the proof of the fans’ love and support. We are enjoying it. We sometimes feel exhausted and yet as soon as we feel the fans’ encouragement, we forget about all the fatigue. Definitely, the love and support of the fans are the motivation for us to run and smile more.”
(For Siwon) A lot of your fans notice you take photos of members all the time with your camera. Would you consider releasing a photobook of your pictures soon?
“Glad to hear that! At the moment I’m taking pictures as just my hobby to keep the remembrance of the people around me, so they are not that professional at all but just keeping the pieces of my private memories. If I have the chance to learn more with my camera, and if there is any opportunity to release a photobook, I may go for it (or may not).
What I can clearly say at this moment, is that taking pictures is one of my favorite hobbies.”
(For Ryeowook) Given an option to release a solo album, would you go for ballads or something different like a song-dance album like Insomnia, the one you will perform at the Super Show?
“If I have the chance to release a solo album, I would try to produce the album with all my best efforts to represent more of my personality and color.”
Do the members have any favorite artists that are not Korean?
Ryeowook: I listen to all kinds of music. I like Craig David a lot, so I decided to do a solo performance of Insomnia in this Super Show 2. I hope you like it.
What does Super Junior think of SHINee?
“SHINee is like the good younger brother whom we consider very talented and special in terms of ,musical ability. We actually do a lot of sports together and got to know each other better. We have been watching them even before their debut, we feel very proud of them whenever we see them trying their best on and off the stage.”
Who among the Super Junior members has the best command of English?
“Probably it’s Siwon because he’s always reading English newspapers and books, so he might be the one who could speak English the best.”
Have you ever thought that you would visit the Philippines?
“We have heard that Sorry, Sorry has reached the top of Philippine charts, so we were really glad and wanted to visit as soon as possible. We are a bit nervous but very excited to think of visiting Philippines and we like to see all the fans during the Super Show 2 concert.”
What type of girls do you like?
“We all have different tastes. Shindong likes someone who is cute and adorable, and Siwon likes someone who he can communicate with very well. Leeteuk likes someone who is innocent and understanding; Kyuhyun and Sungmin like someone who is nice and charming. But ideal types of girls tend to change a lot, so I think that it changes depending on what kind of people you meet.”
How do you feel about being with Super Junior and being so famous all over the world?
“I’m happy that I’m one of the members of Super Junior. The teamwork is good and individually the members are good. Also, we are happy that not only Koreans but many other people outside Korea are cheering for us. If we get the chance, we want to visit more countries and meet all kinds of people. To all the fans who are giving much love even from abroad, thank you again.”
If you were not with Super Junior, what do you think you would be doing?
“It depends on each member. If I were not with Super Junior, how would I be? Hmmmm...I think this is a difficult question. I think we would be just ordinary students or maybe not members of Super Junior but still a celebrity. But we think being Super Junior is the best. We can’t think of anything else.”
What are some of your most memorable performances?
“The most memorable one is the Asian concert tour. There’s a time when we feel that we are united with the audience. We enjoy every show in every city. I think the second half or the encore part is the most exulting moment. We feel really good with all our songs and we feel really good when our audience responds to our performance positively. That’s when we feel our best.” 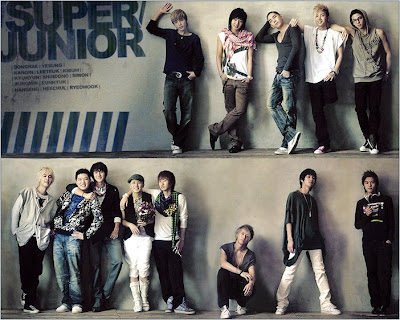 What are your favorite songs and why?
“We love all the songs, but the performance of Sorry, Sorry is very memorable. It is the creation of the global dancer, Nick Bass. He visited Korea and coached us in our choreography. We learned many things by being together and we had so much fun because it’s new compared to the performance that we’ve done before, and there were many changes in the choreography. And also, not only Korean but many other Asian fans loved our song and the choreography of Sorry, Sorry. There were parodies and many UCC videos regarding that. We love it as much as many people loved our performance.”
Why do you think Super Junior is a huge success?
“This is a difficult question since we are still on our way to our goal. First, our first step was something new. There were not much groups that had lots of members like us back then, and there were no group that sings, acts and at the same time works as a DJ, MC and in many other fields. So I think that is why as soon as we had our debut, we had a chance to show our individual appeal and that each of us was active in different fields. I think the reason why not only Korean but other Asian fans love us is because we are active both as a group and individually. It creates a synergy effect.”